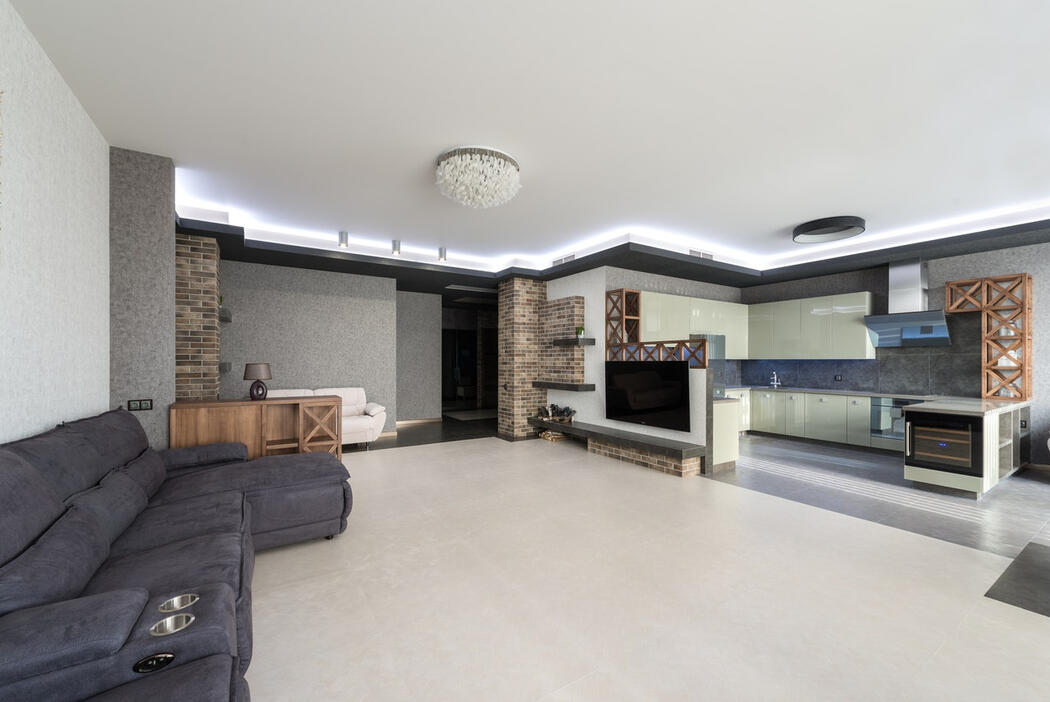 Galveston is a coastal resort city and port off the Southeast Texas coast on Galveston Island and Pelican Island in the U.S. state of Texas. The community of 209.3 square miles , with a population of 47,743 in 2010, is the county seat of surrounding Galveston County and second-largest municipality in the county. It is also within the Houston–The Woodlands–Sugar Land metropolitan area at its southern end on the northwestern coast of the Gulf of Mexico.

Galveston, or Galvez' town, was named after the Spanish military and political leader in the 18th century: Bernardo de Gálvez y Madrid, Count of Gálvez (1746–1786), who was born in Macharaviaya, Málaga, in the Kingdom of Spain. Galveston's first European settlements on the Galveston Island were built around 1816 by French pirate Louis-Michel Aury to help the fledgling Republic of Mexico fight for independence from Spain, along with other colonies in the Western Hemisphere of the Americas in Central and South America in the 1810s and 1820s. The Port of Galveston was established in 1825 by the Congress of Mexico following its independence from Spain. The city was the main port for the fledgling Texas Navy during the Texas Revolution of 1836, and later served temporarily as the new national capital of the Republic of Texas.

During the 19th century, Galveston became a major U.S. commercial center and one of the largest ports in the United States. It was for a time Texas' largest city, known as the "Queen City of the Gulf". It was devastated by the unexpected Galveston Hurricane of 1900, whose effects included massive flooding and a storm surge which nearly wiped out the town. The natural disaster on the exposed barrier island is still ranked today as the deadliest in United States history, with an estimated death toll of 6,000 to 12,000 people. The city subsequently reemerged during the Prohibition era of 1919–1933 as a leading tourist hub and a center of illegal gambling, nicknamed the Free State of Galveston until this era ended in the 1950s with subsequent other economic and social development.

Much of Galveston's economy is centered in the tourism, health care, shipping, and financial industries. The 84-acre University of Texas Medical Branch campus with an enrollment of more than 2,500 students is a major economic force of the city. Galveston is home to six historic districts containing one of the largest and historically significant collections of 19th-century buildings in the U.S., with over 60 structures listed on the National Register of Historic Places, maintained by the National Park Service in the United States Department of the Interior.

History of the city

Indigenous inhabitants of Galveston Island called the island Auia. Though there is no certainty regarding their route and their landings, Cabeza de Vaca and his crew were shipwrecked at a place he called "Isla de Malhado" in November 1528. This could have referred to Galveston Island or San Luis Island. During his charting of the Gulf Coast in 1785, the Spanish explorer José de Evia labeled the water features surrounding the island "Bd. de Galvestown" and "Bahia de Galvestowm. He was working under the orders of Bernardo de Gálvez. In his early chart, he calls the western end of the island "Isla de San Luis" and the eastern end, "Pt. de Culebras." Evia did not label the island itself on his map of 1799. Just five years later Alexander von Humboldt borrows the place names Isla de San Luis, Pte. De Culebras, and Bahia de Galveston. Stephen F. Austin followed his predecessors in the use of "San Luis Island," but introduced "Galveston" to refer to the little village at the east end of the island. Evidence of the name Galveston Island appears on the 1833 David H. Burr.
The island's first permanent European settlements were constructed around 1816 by the pirate Louis-Michel Aury to support Mexico's rebellion against Spain. In 1817, Aury returned from an unsuccessful raid against Spain to find Galveston occupied by the pirate Jean Lafitte. Lafitte organized Galveston into a pirate "kingdom" he called "Campeche", anointing himself the island's "head of government." Lafitte remained in Galveston until 1821, when the United States Navy forced him and his raiders off the island.
In 1825 the Congress of Mexico established the Port of Galveston and in 1830 erected a customs house. Galveston served as the capital of the Republic of Texas when in 1836 the interim president David G. Burnet relocated his government there. In 1836, the French-Canadian Michel Branamour Menard and several associates purchased 4,605 acres (18.64 km2) of land for $50,000 to found the town that would become the modern city of Galveston. As Anglo-Americans migrated to the city, they brought along or purchased enslaved African-Americans, some of whom worked domestically or on the waterfront, including on riverboats.
In 1839, the City of Galveston adopted a charter and was incorporated by the Congress of the Republic of Texas. The city was by then a burgeoning port of entry and attracted many new residents in the 1840s and later among the flood of German immigrants to Texas, including Jewish merchants. Together with ethnic Mexican residents, these groups tended to oppose slavery, support the Union during the Civil War, and join the Republican Party after the war.
During this expansion, the city had many "firsts" in the state, with the founding of institutions and adoption of inventions: post office (1836), naval base (1836), Texas chapter of a Masonic order (1840); cotton compress (1842), Catholic parochial school (Ursuline Academy) (1847), insurance company (1854), and gas lights (1856).
During the American Civil War, Confederate forces under Major General John B. Magruder attacked and expelled occupying Union troops from the city in January 1863 in the Battle of Galveston. On June 19, 1865 at Ashton Villa, two months after the end of the war and almost three years after the issuance of the Emancipation Proclamation, General Gordon Granger of the Union Army informed the enslaved people of Texas that they were now free. This news was transmitted via General Order No. 3, an event now commemorated on the federal holiday of Juneteenth.
In 1867 Galveston suffered a yellow fever epidemic; 1800 people died in the city. These occurred in waterfront and river cities throughout the 19th century, as did cholera epidemics.
The city's progress continued through the Reconstruction era with numerous "firsts": construction of the opera house (1870), and orphanage (1876), and installation of telephone lines (1878) and electric lights (1883). Having attracted freedmen from rural areas, in 1870 the city had a black population that totaled 3,000, made up mostly of former slaves but also by persons who were free men of color and educated before the war. Blacks comprised nearly 25% of the city's population of 13,818 that year.
During the post–Civil War period, leaders such as George T. Ruby and Norris Wright Cuney, who headed the Texas Republican Party and promoted civil rights for freedmen, helped to dramatically improve educational and employment opportunities for blacks in Galveston and in Texas. Cuney established his own business of stevedores and a union of black dockworkers to break the white monopoly on dock jobs. Galveston was a cosmopolitan city and one of the more successful during Reconstruction; the Freedmen's Bureau was headquartered here. German families sheltered teachers from the North, and hundreds of freedmen were taught to read. Its business community promoted progress, and immigrants stayed after arriving at this port of entry.
By the end of the 19th century, the city of Galveston had a population of 37,000. Its position on the natural harbor of Galveston Bay along the Gulf of Mexico made it the center of trade in Texas. It was one of the nation's largest cotton ports, in competition with New Orleans. Throughout the 19th century, the port city of Galveston grew rapidly and the Strand was considered the region's primary business center. For a time, the Strand was known as the "Wall Street of the South". In the late 1890s, the government constructed Fort Crockett defenses and coastal artillery batteries in Galveston and along the Bolivar Roads. In February 1897, the USS Texas (nicknamed Old Hoodoo), the first commissioned battleship of the United States Navy, visited Galveston. During the festivities, the ship's officers were presented with a $5,000 silver service, adorned with various Texas motifs, as a gift from the state's citizens.

Courtesy of Kubyshin
Galveston Island is one of the most popular vacation destinations in Texas. This lovely barrier island on the Gulf Coast has it all: miles of wonderful white sandy beaches, a port for cruise ships, a beautifully restored historic old town and a distinct Southern charm. Elegant Victorian architecture, endless festivals, and fantastic outdoor adventures will make you want to come back. Here are the best things to do in Galveston, TX. Hours/availability may have changed.

Seawall Urban Park, Galveston, Texas
With ten miles of the nation’s longest continuous sidewalk, plenty of beach side entertainment, and a plethora of restaurants, resorts, and beach side attractions, the Seawall Urban Park is one of top Galveston attractions and guaranteed fun for the entire family. Whether visitors like to splash in the water, sunbathe, go for a walk or jog, or people watch, a sunny beachside is the best place to do it.
Away from the water, visitors can shop for souvenirs at the beachside shops or relish in a fresh seafood meal. The Galveston Island Historic Pleasure Pier amusement park is packed with rollercoasters that soar over the Gulf of Mexico, carousels to take the little ones on a ride, and other exciting attractions.
Fun day trip ideas close to me, things to do this weekend, small towns, best weekend getaways: Getaways in California, East Coast beaches, NC quick trip, Romantic weekend getaways

Bishop's Palace, Galveston, Texas
You cannot miss it: Bishop's Palace, also known Gresham's Castle, is a riot of colored stone, rare woods, exquisitely carved decorations, bronze dragons, and stained glass – and that is only on the outside. On the inside, it is 19,082 square feet of Victorian opulence, with immense fireplaces, luxury furniture, sculptures of all kinds, and beautiful textiles.
The Victorian beauty, completed in 1892, is located in the East End of the Galveston’s Historic District and is considered one of the city’s dearest treasures. Galveston’s premier architect Nicholas Clayton designed the palace, and it was built for prominent city lawyer Colonel Walter Gresham. This spectacular Victorian building is considered by the American Institute of Architects as one of America’s most important buildings.

Ocean Star Offshore Drilling Rig & Museum
If you have always been curious about the life on one of the drilling rigs, come and visit the Ocean Star Offshore Drilling Rig & Museum, an actual tried, tested, and retired jack-up drilling rig. Located about an hour from downtown Houston, the world's oil capital, the museum is operated by the Offshore Energy Center and is located on Galveston's Pier 19 just a block off The Strand.
You are welcome to roam free through the rig and take a self-guided tour through its three levels and see the drilling equipment and some fascinating exhibits and videos. One of the most interesting exhibits is Offshore Drilling: The Promise of Discover, which takes you behind the scenes and shows the real process of drilling for oil and gas offshore.

Moody Gardens
Moody Gardens offers plenty of family fun in Galveston, Texas. The majority of everything this unique destination has to offer is housed inside its three pyramids: the Rainforest Pyramid, the Discovery Pyramid, and the Aquarium Pyramid. The Rainforest Pyramid features an interactive and up-close walk among animal and plant species found in rainforests, while the Aquarium Pyramid is home to all kinds of aquatic creatures, from sea mammals to invertebrates. There are also many daily demonstrations and hands-on exhibits. The Discovery Pyramid displays an interesting exhibit collection that allows guests to explore the worlds of nature and science.